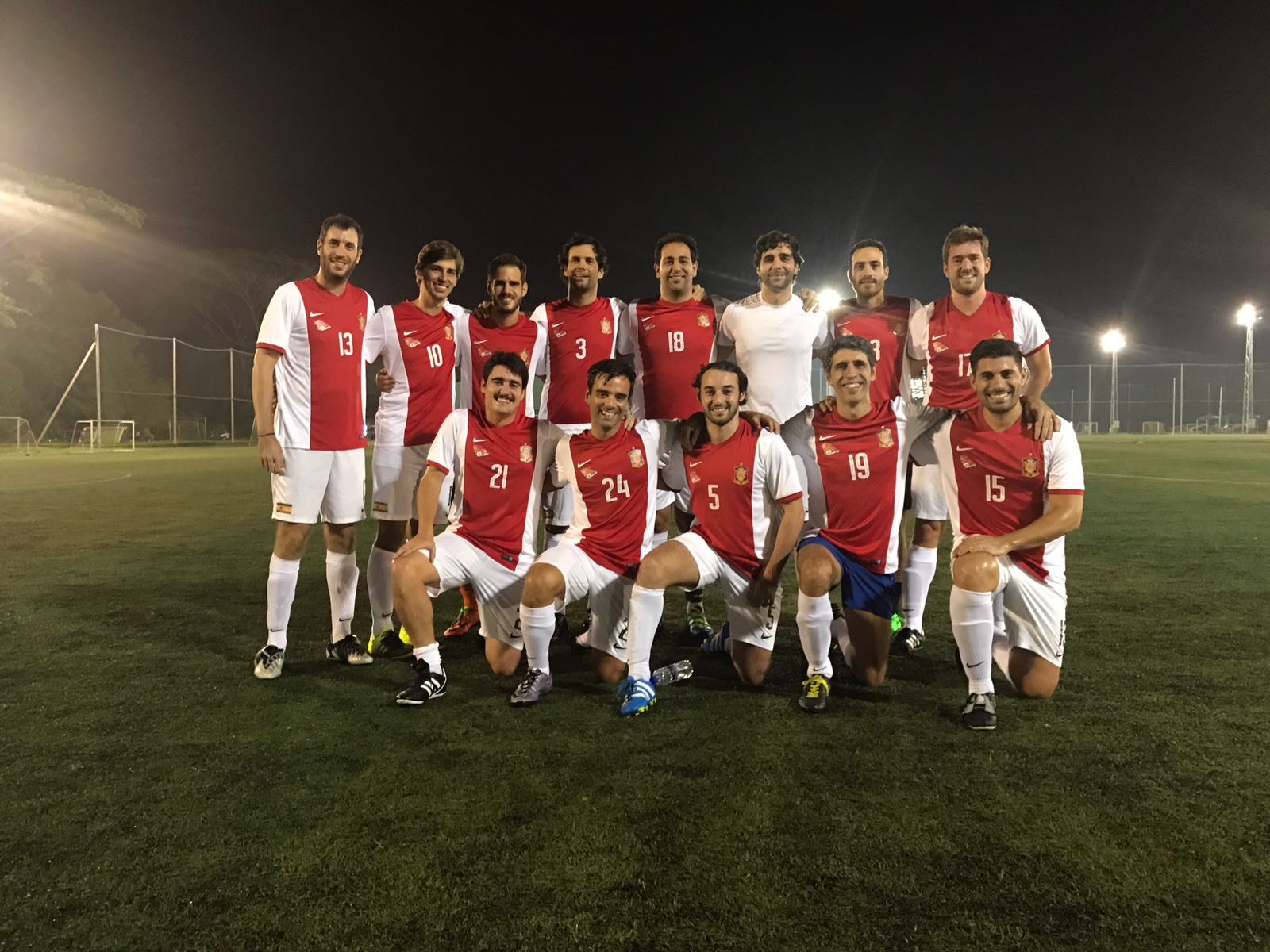 With only 10 players right before kickoff, one arrived right at the start to make us bare 11 to start with. Tactics from Talbot were clear, to maintain possession, not to burn ourselves out early on, and take opportunities when they came. We did that well, and were in control for the opening 20. Roger wasn’t too happy with some gamesmanship from their striker, and that motivated him to offer a strong tackle on the 15 minute mark; Referee deemed that it was a foul and a yellow, their player’s slightly effeminate screams can still be heard echoing around Turf City today. Consistent with the good football that we were playing early on, we had a chance from a throw in down the left which was threaded through the Iberian defence to be slotted away well. 1-0. This seemed to spur the oppo on and they were threatening through the middle with the ball over the top. Roger and Kerry doing well to sweep everything up. However, one lofted ball through which was missed by the defence, fell to their striker who appeared to be in an offside position, they managed to turn well and finish to make it 1-1 as we went in for half time. Disappointing for Tommy who had handled everything expertly in the opening exchanges. Another player showed up for us just before half time, meaning we had the chance to mix things up a bit. We came out second half, searching for a second goal to give us the edge and give us at least a chance of the top spot (as we didn’t know the result from the other game on the previous night). Chances were created with some good passing play and quick feet from Adam but the goalkeeper was equal to the attempt. Iberians were hungry for a win to end their season and they pushed forward, playing some good balls into the box, which our defence managed to handle well apart from one which found their forward at the far post who finished well. After that we threw caution to the wind and pushed to get an equaliser but Iberians kept their composure and soaked up the pressure. Adam had another chance to get an equaliser and forced the goalkeeper into a good save. With a larger squad and a few more regulars we might have done better, but a solid effort nonetheless.  2-1 the final score, a runners up medal for Hibs this time, but there’s always next season. All the best to the Iberians for a well fought win.