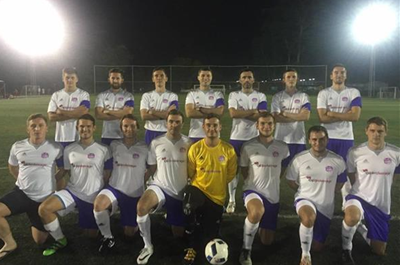 FC Engi vs HH 5-4 We nearly let this one slip, but via a mixture of luck and bad finishing from HH, we somehow managed to secure all 3 valuable points.  We opened the scoring after Burks’ header was saved off the line by the HH defender (Automatic red, surely?) and Engi smashed in the subsequent penalty,  Our second goal came from Charlie, the second all-time Midweek PMFC assister, whip in a great cross finding Engi once again to calmly head the ball in.  20min in, 2-0 up and cruising with HH hardly offering anything up front.  The game plan to concede less than we score, seemed to be working.  Until 5min later when HH scored 2 quick goals. Just before HT Engi was once again involved in our goal, this time being the provider by whipping in a great cross for Wrighty to head in the ball.  3-2 up at HT.  2 more goals came courtesy of another penalty from Engi after Wrighty was tumbled in the box and the fifth involving once again, yes, them two, Engi crossing for Wrighty to smash into the roof of the net.  What followed is best forgotten, as HH somehow clawed back to 5-4 and in the process missed at least 3 or 4 sitters to draw and potentially even win the game.   MOM goes to Engi for 3 goals and 2 assists, which I think is a first for MPMFC.  Best of luck to HH for the rest of the season and unlucky last night. 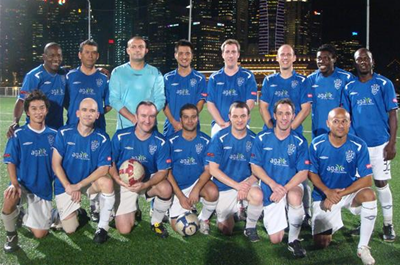 Another see-saw match with PMFC which saw them sneak a 9 goal thriller yet again. A sluggush start to both halves ultimately cost HH but at the same time we had enough clear chances to win it by a few. Good battling back with key players missing though and lots of chances created. One week, when we take only 40-50% of our chances we are going to hit a team for a cricket score! Well played PMFC - we look forward to seeing you next season. All the best for the rest of the current campaign. HHFC a lesson in taking chances tonight. No time to feel sorry for ourselves though, next up are the league leaders! MoM to Ryan for his four goals but pretty solid performances across the park from all.