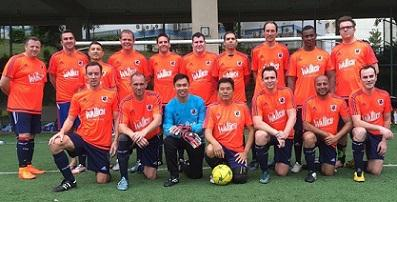 First match up with table-toppers GAS and a bare squad assembled. Lots of huffing and puffing in the first 20 with GAS getting the lead courtesy of a smash and grab powerful strike from Benny. At the other end a powerful header in the middle of the park from Jim was read by Wade and when the defender made a slight error it was lobbed in for parity on the stroke of the water break. GAS had a couple of chances to take the lead but some great goal line defending kept the score level at the break. Second half and an error at the back gave GAS the lead with a great finish from out wide which flashed past everyone's eyes into the side net from Benny to give GAS a 2-1 lead. RAM continued to work hard and got more and more into the game as the second half wore on. Waterbreak had us trailing 1-2. Talk was about keeping passes and football simple, using the space better and testing the GAS keeper more. A great save from Cuong onto the bar and over resulted in a RAM corner soon after and from it, our Mexican wizard put a great ball right on the keeper where Dave rose majestically to nod in the equaliser. Both teams snsed a winner was on the cards and when Matt's right wing flighted cross evaded Ed, there was the Moff! A clever dummy by swinging his right foot at the ball fooled everyone and with his non-standing leg, the accuracy of the volley which looped into the goal sparked wild celebrations! 3-2 RAM! GAS pished on and a super Kim save from point balnk as well as another goal line clearance, sandwiched between a GAS red card for lunacy and frustration, meant RAM could see out the last 6-7 minutes for a good hard-earned win. Well played GAS - you aren't top of the table by chance and may feel a little hard done by to have not got anything from the match. We look forward to the rematch later in the season. RAM - a great team performance where everybody gave their all. A physical game in lots of ways but nobody shied out of tackles and challenges and although not pretty, it is the games where you are behind, when things aren't working against quality opponents, where you can get something out of the match that count. 5 quality goals in the match from both teams today. Standout performances from Ammon,(who played with a 90% fit percentage but looked like he had never been injured - despite an additional huge astro burn mark to his head!), Lam who worked tiredlessly, Moff for 2 great finishes and everyone else for a great effort. MoM has to go to Jim for a performance reminiscent of his games prior to surgery a year plus back - a real solid effort and won the midfield battle. Let's crack on from here lads - though lots of tough matches on the horizon in a very competitive and tight Vets season. 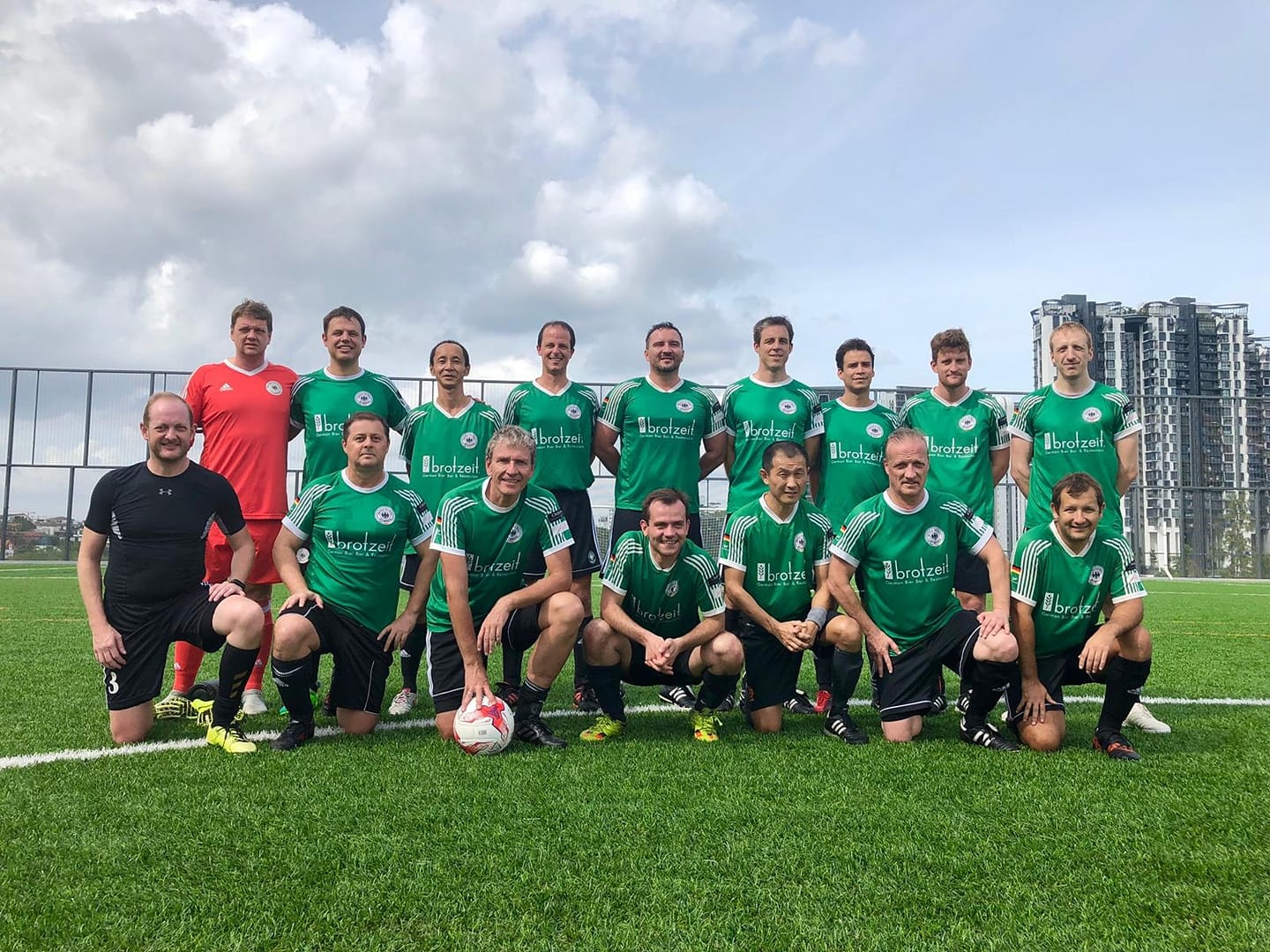 It was alwys clear that - with more than six regulars out because of injuries or travel commitments - the match against runners up Real Ale would be a daunting task. And so it was. Without taking anything away from our opponents' very strong performance and intellgent play, this match could have gone either way had the ref given a clear goal after a long throw towards the end of the first quarter. The ball had crossed the line by half a yard. Surely, Real Ale's goalkeeper, who otherwose had a great day with some magnificient saves, knows .... Instead, an immediate counter attack, paired with a massive individual defensive error, allowed Real Ale to equalize Benny's earlier goal. The second half started with another goal from Benny, but unfortunaetly Glenn, our MoM and midfield dynamo who orchestrated each and every of our attackng moves picked up an injury. So we found ourselves on the backfoot for most of the final 20 minutes. Cuong managed to keep an almost certain goal out but a  corner kick soon thereafter resulted into the equalizer - not undeserved given Real Ale's pressure, but still rather unfortunate as it was an own goal. And as if a goal not given, an injury of our anchor player and an own goal weren't enough, it got worse: With two minutes to go, and our team asking the Real Ale defense amd their goalie plenty of questions, the ref didn't give an indirect free kick for what was a crystal clear back pass to their goalie. Instead the match continued, resulting in the 2-3, following which one of our players lost it and got himself red carded. Notwithstanding the at times idiosyncratic and fateful refereeing, this lack of discipline should not happen on a fotball picth in what was an intense, physical yet always civilised game of football. Once again thanks to Real Ale for the good game and the challenge. We glady accept and look forward to the rematch.