Fresh from a hard-fought 2-0 victory over Rivals FC, The Honey Badgers took on newly promoted Hilderinc in their second match of the season. The Badgers set out their stall early, Pons playing a headed one two with Fletcher to afford himself some space to fire a half volley narrowly wide from 20 yards. It wouldn't take long for the Honey Badgers to open the scoring though, Li finding Aubert on the left wing who showed quick feet to cut inside onto favoured his right foot and bend a delightful finish into the far corner. Soon after Pons' demonstrated his powerful and direct running, which would be a theme of the match, taking the ball past several Hilderinc defenders and forcing the goalkeeper into a smart save. From the resulting corner Pons found Jensen at the near post, his flicked header falling kindly for Fletcher to power a header home from 6 yards. Hilderinc would be given no respite as straight from kick off Freire and Fletcher's high press dispossessed the back line, the latter stinging the hands of the goalkeeper with a half volley from 20 yards. Freire picked up the rebound and returned the ball into the area, Pons and Fletcher both seeing backheeled attempts blocked from his cross, the ball was cleared only as far as Arriola who hit a stunning drive from 35 yards that cannoned back off the underside of the bar and to safety. On 13 minutes it was 3-0, Freire benefitting from a horribly under hit pass from the Hilderinc centre back to run clear on goal, clinically finishing past the goalkeeper. It was almost 4 after Pons intercepted a pass in his own half and terrorised the Hilderinc defence, firing narrowly wide of the far post. The 4th goal would follow shortly after however, Jensen finding Li in space 20 yards out who produced a sumptuous lob over the despairing goalkeeper. Hilderinc were given little change from the Badgers backline who were ably marshalled by Captain David Gavin, but on their first foray forward the ball broke kindly to Diogo Baptista who's powerful effort looked destined for the top corner, only to be kept out by a stunning fingertip save from Raja who had been a virtual spectator up to that point. Shortly before the break there was a first of 3 glaring Badgers misses, Ross playing Pons in on the right who's dinked cross found the Irishman's head but he could only guide it wide from 6 yards out, 4-0 to the Honey Badgers at the break. The second half would follow a similar pattern to the first, Ross's ball over the top finding Freire who couldn't beat the goalkeeper. There were calls for a penalty which fell on deaf ears after Hilderinc broke down the right, a dangerous cross looked to be met by striker Ian Morris but Van Moorsel was there to outmuscle him, sending him sprawling on the turf. The 5th goal of the game and the 2nd for Aubert followed, some neat play from Li and Pons released the Frenchman on the left who again cut inside and hit a powerful shot that goalkeeper Loukili could only tip into the net. Hilderinc almost pulled one back, Morris benefitting from an uncharacteristic loose Van Moorsel pass and seeing his attempted lob tipped over the bar by Raja. A mix up in the Hilderinc back line saw the goalkeeper come to claim a free ball, only for his defender to steal in and make a hash of a clearance which ended up at the feet of Ross, his first time lob dropping just wide of the far post. The 6th would come directly from a Li corner who found Freire unmarked 6 yards out with the simplest of tasks to head home. A clean sheet would elude the Honey Badgers, a Hilderinc free kick from the edge of the area struck the wall and fell kindly for Glenn Sandhu who finished smartly into the top corner. Normal service should have resumed after Freire's shot was parried into the path of Li, but the midfielder his shot over the bar from 8 yards with the goal at his mercy. Freire would complete his hat trick in the 70th minute, finishing well from 6 yards from a low Arriola cross. The Honey Badgers were not done there, the move of the match released Fletcher in the area but the winger could only fire his first time shot wide when he really should have made hit the back of the net. He would reprieve himself shortly afterwards however, Arriola's cross from deep found his head and from 18 yards he guided the ball into the top corner to complete the rout. Man of the match - Matthijs Pons Hilderinc couldn't deal with the Dutch attackers energy and direct running, grabbing himself an assist in the process. Written by David Fletcher 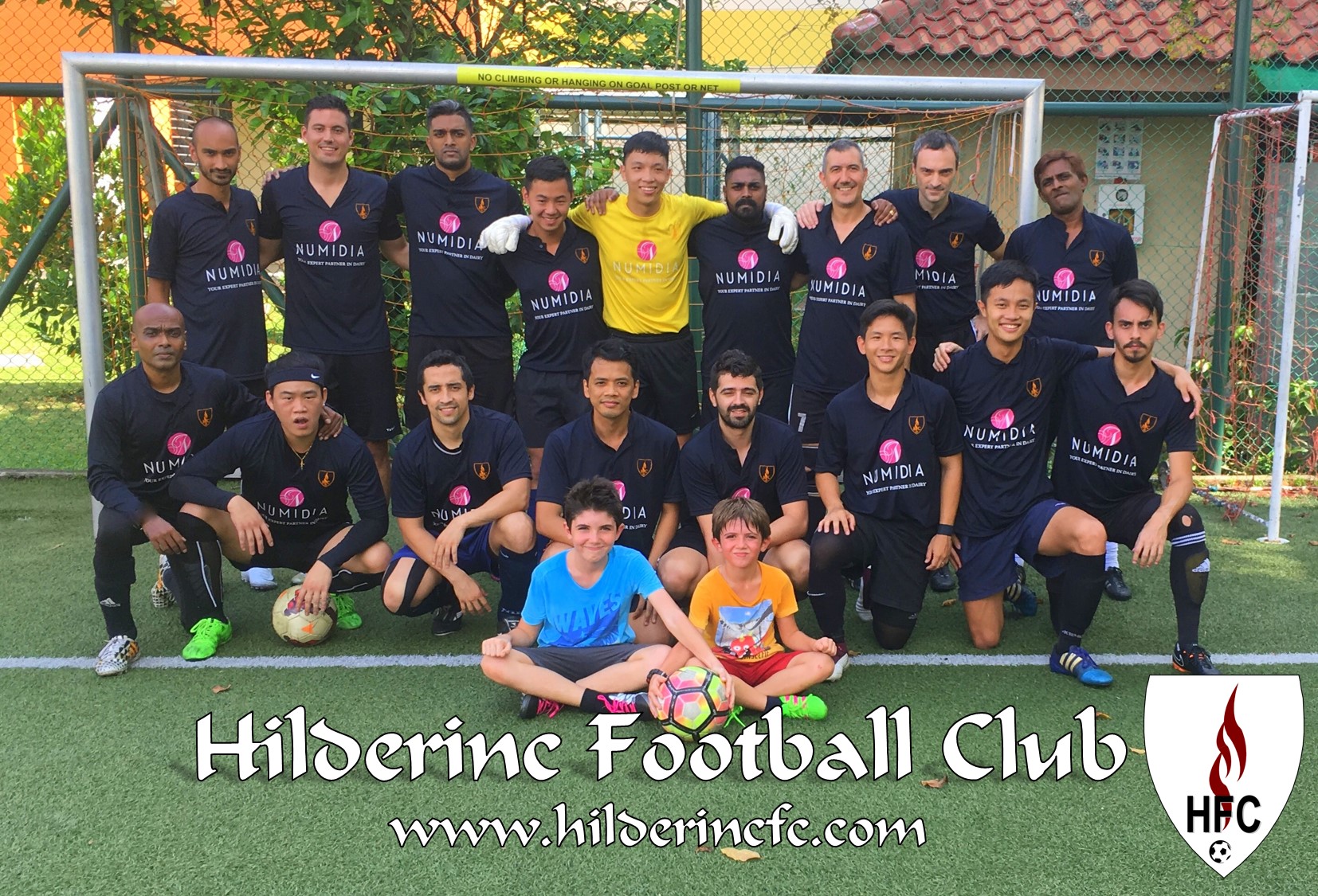 UNPREPARED HILDERINCS HANDED HURTFUL INDUCTION     After all the anticipation of promotion, Hilderinc FC were given a less than affable welcome to the life in the Saturday Division 1 when they suffered their worst defeat since their debut in ESPZEN back in 2011.       With an under-strength pre-season, accumulating with...          Read on at Hilderinc Football Club's official website: www.hilderincfc.com         Watch match highlights on our official YouTube Channel: Hilderinc FC TV         This is a HFC Media Online Publication