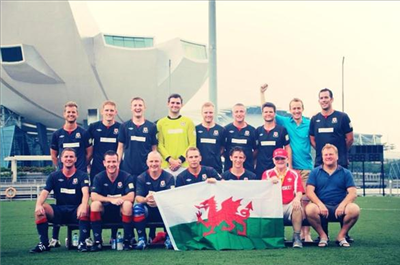 Dissapointing as we dserved a draw at least. Too many players missing and we didn't have a keeper. Hoping for a more regular squad this season. Thanks to YDM for the game. Cheers, Hywel 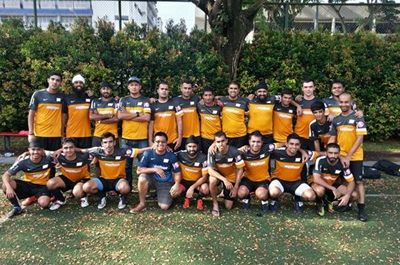 We began a brand new season with ESPZEN after a good end of season break. The weather wasn’t kind to both teams as it was a blistering hot day with temperatures reaching exaggerated ‘desert highs’ with players running for some fluid during the water breaks like a ‘stranded man finding a cactus in Sahara’. The first half wasn’t in our favour as we failed to deal with the high balls and also pressure from our opponents. As expected our opponents were first to most high balls & used their flick on strategy very effectively to create some really good chances for themselves. The second half was a much improved performance from us as we gained a little more confidence in the middle with our midfielders keeping the job simple,which relieved our jatt soorma of his defensive duties and enabled him to spray passes higher up the pitch.  Chances were there but today’s game just showed that ‘Not so Slick Rick’ needs to practice on his shooting and finishing.  With the opponents putting 4 up top in the last 10 mins and leaving their midfield bare as they went all guns blazing for the winning goal, we managed to get a break in the final few minutes of the game as Amit rounded the goalie before squaring it to Roshan who tucked home what could be a crucial goal come the end of the season!  After 2 defeats last season against the Welsh, feels great to get one over them! Cheers for a great game as always & we look forward to the future duels ahead!  Lastly Special mention to Ross & Ravin for keeping the team in shape from the back and also to our custodian goalkeeper Harpal whom made many saves to keep us in the game. Without a doubt, a MOTM performance from him. Keep it going Harpallison!

St Davids FC of Wales 's Man of The Match