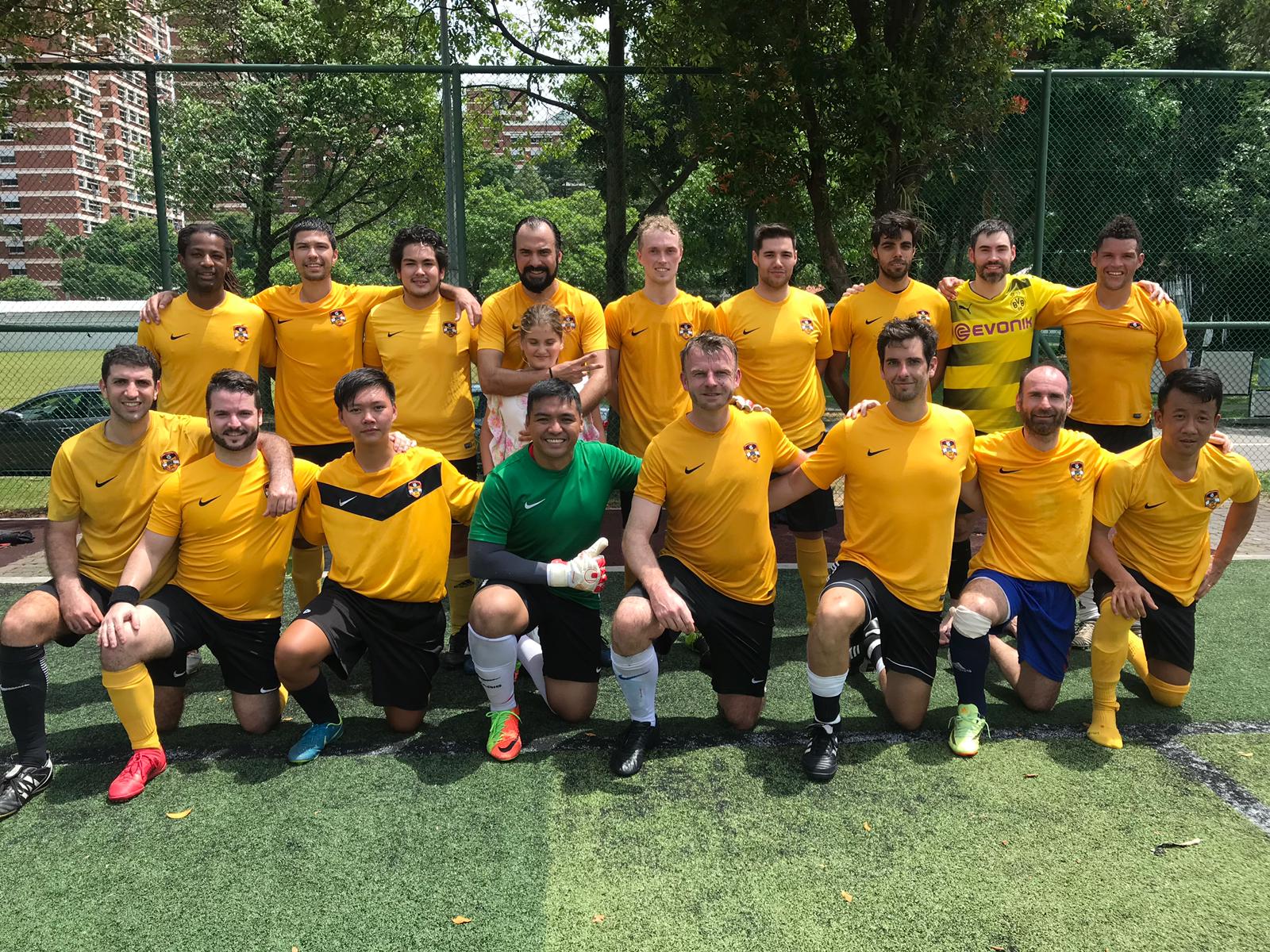 Following the disappointing result last time out against That Team, DHL was keen to walk away with all 3 points on one of the smallest pitches ever to host a Men's 11 a-side game. And it was DHL who were victorious after a spirited performance from everyone from the team in yellow. Rod broke the deadlock from distance with a great right footed strike that flew passed the That Team keeper - a great effort and looked to have set DHL on their way. But That Team were soon level following an unlucky deflected freekick that skidded in beyond the helpless Mutlu in goal. 1-1 at half time and it was anyone's game, it would come down to who wanted it more. Right from the start of the second half DHL looked lively and Ross had a sighter but shot wide, and then thought he had headed in Vini's superb free kick but the ref gave it offside (It never was and the ref even admitted his error at the end of the game). But that didnt matter as quickly Nicky knocked home Matt's cross from close range, and then Vini fired in to make 3-1 with a vicious strike passed the That Team keeper who couldnt keep it out. And then to finish it off Matt finished from close range after the keeper could only parry a shot from DHL's latest Brazilian striker. Mutlu was called into action a couple of times in the second half and made some fine saves - and provided superb distribution all game.  Thanks for the game That Team. DHL - superb all round and never really gave That Team the ability to play their quick passing game. Everyone was on top form and it showed from the scoreline but special mentions to Matt, Vini, Mutlu and Rod for their performances....Let's build on this performance and result.